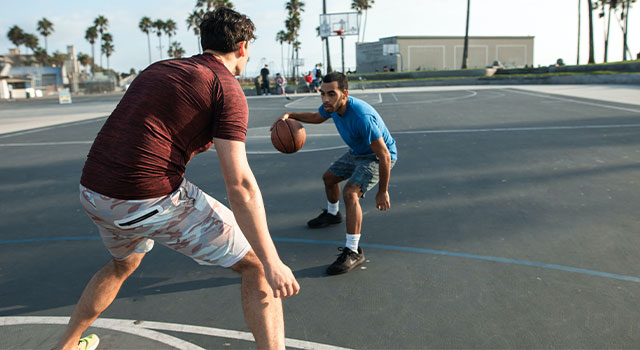 Between 1.7 million to 3 million sports and recreation-related concussions occur each year in the United States alone. 70-80% percent of those surveyed have vision issues.

So what can you do to avoid a concussion? Consider sports vision training. It can help you perform better and protect your head and brain from injury.

Concussions are among the most prevalent injuries sustained in sports.

When your visual abilities aren’t up to par, you may underestimate the distance between yourself and the ball or between yourself and other players. Due to limited peripheral vision, miscalculating the velocity of a ball or the location of competing players may result in significant head or other injuries.

This is why, like exercising your muscles, it’s important to train your eyes to communicate more efficiently with your brain and body.

If you’re looking to improve your game by improving your visual skills, visit today. Dr. Kauser Sharieff will prescribe a sports vision training program based on your sport and the visual abilities you need to develop.

Until then, here are some very basic exercises you can do at home. (Keep in mind that there is no alternative for a specialized sports vision assessment and training tailored to your individual visual strengths and deficiencies.)

Depth perception is crucial for a variety of sports. Baseball players require it to hit the ball as it crosses the plate, while football players need it to judge where the ball will land. Even swimmers use depth perception when doing a flip-turn near the pool’s edge during a race.

You can practice this skill by holding a drinking straw at arm’s length and trying to drop a tiny pebble or balled-up piece of paper through the straw with your free hand.

Peripheral awareness is crucial for succeeding in sports, as athletes must be able to sense the world around them without turning their heads. By honing this visual skill, they can drastically improve their game.

One thing you can do to improve peripheral awareness is to stand at a junction and look straight ahead at the road in front of you. Practice seeing cars pass horizontally from left to right without moving your head—simply perceive them through the edges of your visual field.

The ability to shift your concentration from far away to nearby objects is referred to as focus flexibility.

Focus on an object close to you, then adjust your focus to an object behind the first one in the same line of sight to improve your focus flexibility. A bowl on a table in front of you, for example, and then a painting on the wall in the distance.

Switch between focusing on the bowl and the painting. This is also a good exercise for those who spend a lot of time at their computers. It will not only improve your focus flexibility but will also ease eye strain caused by prolonged screen use.

If you’re looking to improve sports performance, contact today. Sports vision training will help you up your game whether you’re a competitive athlete or simply enjoy playing on the weekends.

Q: What is Sports Vision Training?

Q: Can sports vision training lead to a decrease in sport-related injuries? 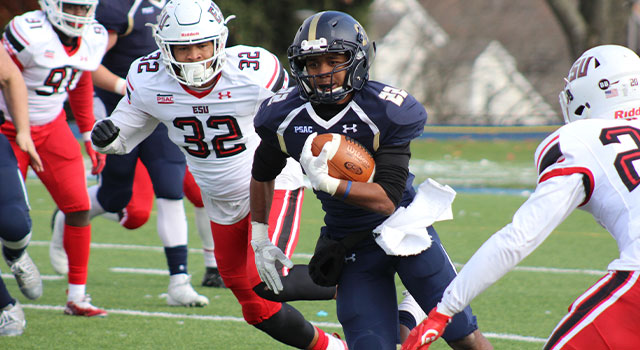 Binocular vision is the ability to create a single image with both eyes while maintaining visual focus on an object. Sometimes our eyes fail to integrate visual information into one coherent image. This integration is important, as it allows athletes to perceive three-dimensional depth and relationships between people or objects, such as another player or a ball.

Since each eye is in a different position relative to any object, the eyes convey slightly different spatial information and send these varying images to the brain. The brain then uses the differences between the signals from the two eyes to accurately judge depth, speed, and distance.

When binocular vision isn’t operating at peak capacity, it impacts an athlete’s reaction time and the speed and accuracy of their movements.

Reduced binocular vision doesn’t mean that athletes are constantly falling over or fumbling. What it does mean, however, is that they may misjudge the velocity or direction of a ball, or collide more with other players.

When our brain and eyes don’t work efficiently as a team, especially while playing sports, it can affect timing, depth perception, reactions, accuracy, and speed.

Visual deficits hinder how an athlete responds to what they see. If there is an issue with a player’s vision, there will most likely be an issue with their balance and body awareness.

There are many visual skills athletes need to perform their best during a game.

Accommodation – is the eyes’ ability to change their focus from distant to near objects and vice versa. For example, when a football player looks at other players coming toward them, then shifts focus to the ball on the field.

Binocular Vision – is the ability to maintain visual focus on an object, creating a single visual image with both eyes. Without binocular vision athletes cannot accurately measure distance and depth.

Depth Perception – is the ability to distinguish the distance to, or between, objects. This is important for athletes when they need to hit or interact with moving objects.

Dynamic Visual Acuity – the ability to see a moving object when a player is stationary, or when the object is still and the athlete is in motion. It’s the eyes’ ability to visually discern detail in a moving object, such as a player’s number on a jersey.

Peripheral Vision – is the ability to see objects and movement outside of your direct line of vision. This is important for athletes, especially when they need to run down a field and be able to see other players coming at them from all directions.

Smooth Pursuits – reflexive eye movements that are required when tracking an object through an environment, such as a flying ball. Instead of the eye moving in jumps, it moves smoothly.

The ability to enhance an athlete’s sports vision skills is a proven way to improve performance. To learn more about how sports vision training can help you reach your goals, contact us at Vision Performance Optometric Center today.

Q: What is sports vision training?